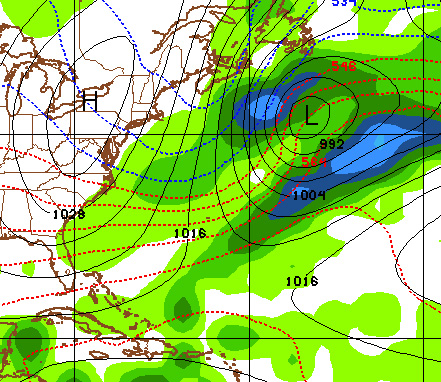 November might have one more big swell to surf.

For the most part, we’re going to get nothing from the flurry of cold-fronts that will be sweeping across the United States. Even though the US will be getting Winter in full effect, we remain warm and calm down here in Puerto Rico. At least the nights will start cooling down though. Almost all of the storms are forecast to push out and away from our swell window on model runs. The trends in the model runs have been consistent on this each run. But one storm is the wild-card. The main image above depicts would could take place on the 23rd of this month. If that does happen, we could be looking at a nice N to NNE swell with a decent period around that time. That far out anything can happen, either it can deepen even more and pump out a massive swell and waves for a week or it can follow the same pattern as every other storm and give us nothing but weak background swell. I personally don’t see it backing down. With all of the other storms avoiding our swell window, the models have been fairly consistently in putting a major dip in the jetstream again with a deepening storm around this time period. So I’m pretty sure November will get another big swell towards the end of the month. The bad news is that we probably won’t see much surf here in Rincon until that happens. Isabela and Aguadilla should be fun though on several of the days it’s flat here. Just make sure and mind your manners, the crowds could get heavy.