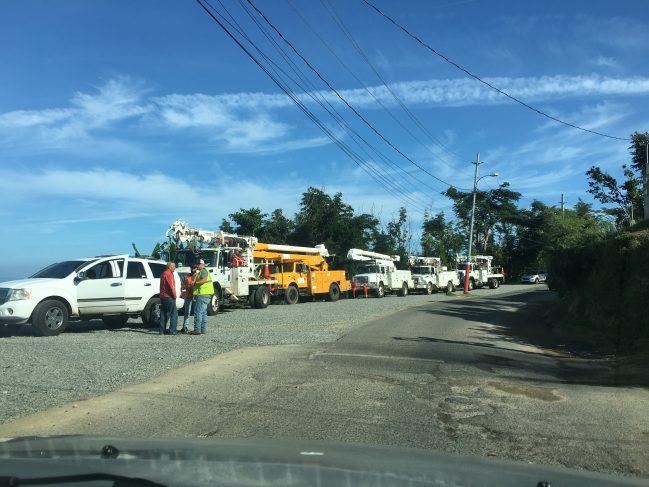 I’m sorry for being so late on this post. I wanted to try and do a short version, but in many ways there isn’t a short version. I’m going to try and make this as brief and to the point as I can but unfortunately, I have a lot to say.

Is Puerto Rico back to “normal”? 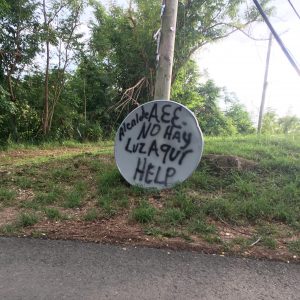 Absolutely not! People around the island are strong and have adapted for what is now looking like a long-term situation, but it can still be taxing living without running water and yes there are still plenty of people around the island without running water or power. The island as a whole has seemed to accomplish “manageable” but it’s been really hard to push beyond that for a lot of municipalities. Compared to how things were immediately after the storm, “manageable” is a notable accomplishment! Several improvements have been achieved throughout the island, but the sad reality is that PR still has a lot of restoration work on its hands. Because Rincon bounced back so well, it’s easy to get caught in a bubble and forget that the rest of the island just isn’t as well off. Therefore, if you’re coming to visit PR, please be extra patient and kind – it will go a long way. For some areas, people’s entire way of living has had to change in an instant.

Rincon really is a special place.

If you’ve been here before you know this already and it’s probably why you’re reading about how things are going down here. Rincon has bounced back well. It is true, some people are still without power or water in certain parts of Rincon, but Rincon seems to still function very well. And yes, Rincon is doing better than several other parts of the island. Rincon still remains a work in progress and it will most likely stay that way for a while, but at least there is progress. The progress is as follows:

1. Communications and connectivity have improved drastically. Most carriers are working 80% of the time within the past month. Some towers will still go down when they run out of diesel, but it’s normally just for a day or so. Cable internet is now operational at most places near the 115 south of the plaza through to Calvache. In my opinion, this has become the most notable improvement since the last update. Internet over the Claro LTE network is possible in the majority of Rincon.
2. You can finally pay for things with credit cards here in Rincon.
3. Many restaurants and shops are operational.
4. Grocery stores are operating pretty much as they were before the hurricane.
5. Gas stations have gas and many take cards.
6. Drinking water can be purchased at the grocery store.
7. Aguadilla airport appears to be back to normal.
8. Rental cars are more available.
9. The weather is finally cooling down and it’s not 100+ degrees everyday.
10. The surf has been awesome!

1. The roads are very roughed up from this whole ordeal and continue to get more roughed up. They were terrible to begin with and the storm itself with it’s flooding made matters worse. Then the heavy machinery took it’s toll on the roads and still continues to damage the streets. Also, in many areas including Rincon, you will still have random roadblocks and delays while workers clean-up debris and trees. I cannot stress enough the importance of PAYING ATTENTION while driving. The roads are bad and everyone drives crazy here.
2. Traffic can get way worse than it was before the hurricane in some areas. Some places where street lights were completely destroyed and removed have actually seen a major improvement in traffic flow. This is especially true for the north side of the island. However, some areas are severely congested where poorly timed traffic lights have become operational again (MAYAGUEZ).
3. Electricty and water will still experience outages in areas where they have already been restored. The duration of the outages will always be uncertain and there is always the possibility that the outages can become long-term again.
4. The crowds in the line-up just don’t seem to diminish. In fact, on some days they’re worse. Rincon isn’t just a destination enjoyed by the US and international travelers. Many people from different parts of the island are regularly visiting or staying in Rincon now. And why wouldn’t they? A steady flow of visitors is good for the economy of Rincon, but inevitably adds more surfers to the water at the same time. Let’s all play nice.