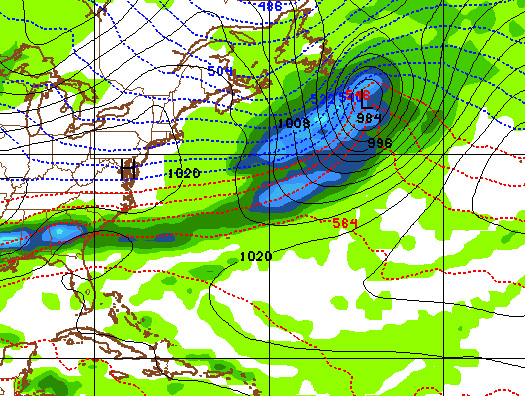 All of the storms for the beginning of January 2015 are looking like they will push out up and over our swell window and be massive swell events for Europe. However, due to the shear magnitude of the storms a long period NE kickback is forecast for much of the early year along with some background swell from the initial push off the states.

A Historical Look From the past few years of surfing Puerto Rico.

I decided to manually go through the month of January for the past six years and look at the reports for each day. I counted what I would consider the “good” days and even remembered some of the days specifically for being epic. To be considered “good” the surf had to be at least chest to head high and have glassy conditions somewhere. Here’s what I found:

As you can see January normally has good surf. Will we get another 2012 skunker month? Will we get a 2009 or 2010 rager? We will have to wait and see, but my bet is on something in between. Most of the “good” days came early in the month each year. Since we’re looking at a NE swell pattern for this entire season (and past two years now) I don’t see us getting non-stop big surf, but instead a steady flow of OK sized surf in the beginning of the month. After that the rest of January may be somewhat quiet. I’m predicting a mediocre month for surfing Rincon in January 2015. Probably 10 good days of surf in the whole month. I really hope I’m wrong! I hope it goes off the entire month, but the weather just isn’t cooperating right now.

The North side of the island will consistently have more size than Rincon due to the open exposure to NE swell, but the wind has been fairly strong this December as it often is this time of year. The heavy winds look like they will continue throughout January. That means the form will suffer.