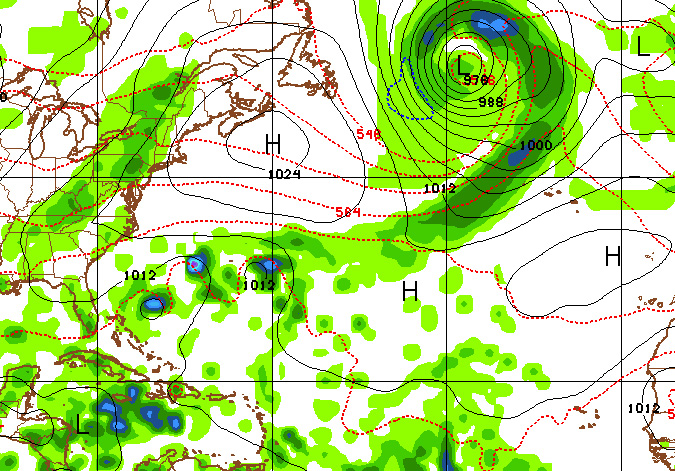 Looking at the weather here’s what I see for surf in Puerto Rico:

The GFS and other longrangers still aren’t calling for a dip in the jetstream into our swell window so that means NW swells are out until the end of the month. However, I do think we’ll continue to get fun medium sized waves from the weak fronts that will continue to pull off the states. Looks like Europe will get mad swell in October from the current setup. Lows will explode in the far North Atlantic. Since they will be doing this at a far distance and poor angle for Rincon, this means more NE background swell with a longer period on the good days. I may sound like a broken record on that and don’t take it to mean that I’m completely negative all the time (though weaker NE swell in Rincon does tend to annoy me) – that’s just weather pattern we have right now. It was also a common pattern/problem last season. I think it’s just the theme of things right now. I’m anticipating a good season. Honestly, I see some regular surf for October, just not too big and bit on the mushy side. A NE swell in the 15 second range or higher at 3-5ft makes for some awesome surf at just about every surf spot in the area, so that’s something to look forward to mid-month.