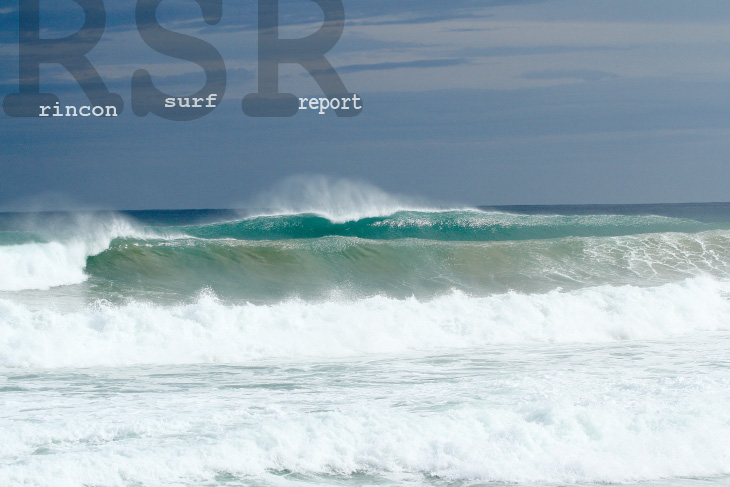 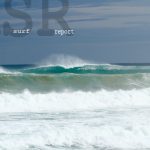 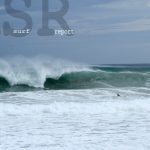 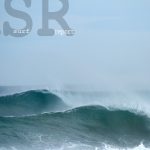 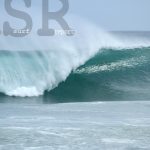 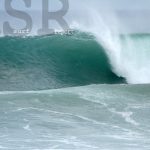 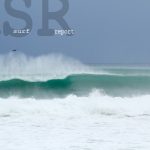 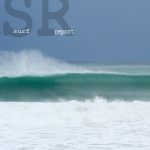 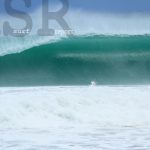 The swell came in bigger than a lot of people expected, but the real surprise was the hard south winds all night. Up until the night before, all of the models were calling for hard NE winds in the 20 to 30 mph range. The hard south winds meant that only the north facing beaches were clean. The north facing beaches received a direct hit of NNW swell and the result was gigantic surf with some crazy sets! Here’s some bonus shots from north facing spots. One in particular was a perfect left barrel with absolutely no one around. I wish I had pro level skill. As a goofy footer I would have had so many loooooong barrel rides. They were open and didn’t just close out.