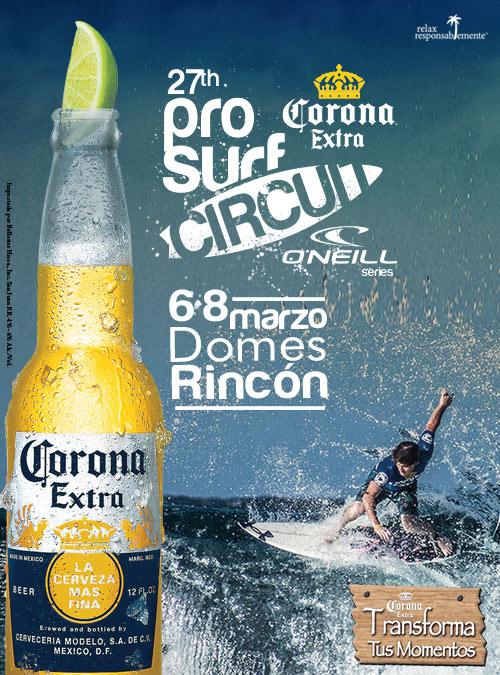 Top international surfers will descend on Domes Beach in Rincon to battle for the $37,000 prize purse; $25,000 to the men and $12,000 to the women. This event will begin the three contest surf series in pursuit of crowning a 2015-2016 champion. In addition, O’Neill will award the top female and male performance with $1,000 for highest heat score.

APSPR is excited to announce the implementation of 4 and 3 man priority to competition. In order to keep in progression of professional competitive surfing APSPR is using the system to alleviate jockeying between surfers so they can focus on wave riding. The APSPR is always looking to fine tune and improve to meet current competitive standards. The priority system will be used in all heats throughout the duration of the event.